Based on the Hometown Hero - Burton has the high-end lightweight version Hero-X. Since only the most expensive, lightest and best materials are used here, the price is accordingly high and the weight is reduced by over 10%. The adventure calls. With this ultra-light and versatile split you can explore unknown territories. The backcountry is waiting for you with bowls and unknown woods. In the backcountry, it's all about weight: Our Burton Family Tree Hometown Hero X Splitboard is our lightest split model. The lightweight construction and methlon base reduce weight, while our split channel mount is the most reliable system for split boards. The Directional Shape lets the board glide in powder snow and offers plenty of pop right where you need it. Robust front wood in the most stressed areas ensures more durability without adding weight on every part of your tour. 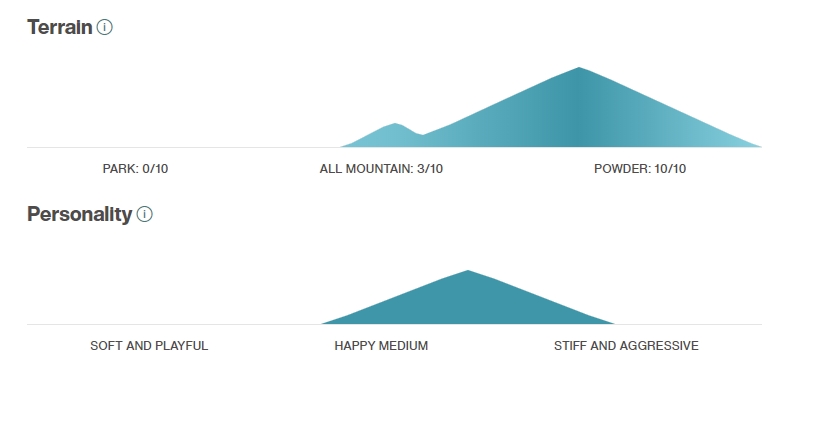 A sloped shape means that the nose is wider than the tail, which favors smooth cornering in and out, stability at higher speeds, and better hovering in deep snow. Look at the different amounts of taper across the board.

The classic snowboard shape was designed to ride with a slightly longer nose than tail, which concentrates the pop in the tail while still having enough float, flow and control to handle any terrain in any conditions.

The rocker at the start lifts the nose, while the camber under both speeds maintains the momentum and stability under deep snow curves and a wide variety of conditions.

This flex offers increased pop in the tail and a more robust nose, making it easier for riders to stay in control in all terrain shapes and conditions.

With a formula from the future, Mystery Glass is the result of a robotized carbon layer that allows flex and feel to be influenced while revolutionizing the strength-to-weight ratio. 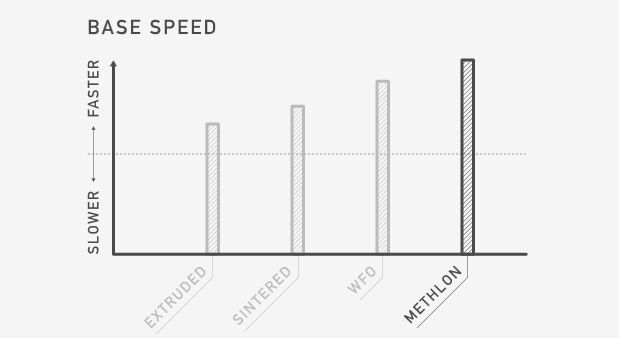 Be quiet with your splitboarding attitude and do the fine-tuning throughout the season. With the Split Channel you get the strongest, fastest, easiest and most flexible mounting system ever offered for a splitboard. The days of compromise are finally over. All Burton Splitboards with the Split Channel are supplied with pre-assembled discs for easy adjustment.

Profiled core for easier board control, more power and pop.

Our most versatile Squeezebox profile improves pop and performance by balancing thicker, tougher sections with dimmer, more flexible sections in the core. The rider's energy is transferred outwards from below his feet, activating the tip and tail and making the board more energetic, stable and easier to control.

Twin or Directional is the eternally old question for creative rippers like Terje. Balanced Freeride Geometry, available with Landlord, Landlord Split, Flight Attendant, NEW Gate Keeper, High Spirits and Anti-Social, concludes this debate with a setback camber and a waist tailored to your stance to create a twin freestyle feeling when you ride on a flat base. On the edge, it turns sharply and agilely, with the float and the ability expected from a Directional Deck.

A reduced tip and tail thickness reduces the swing weight for easier movement.

Super Sap® is a biologically produced resin that reduces the carbon balance of conventional earth-based epoxy resins by 50%. Less earth&oil consumption means a better carbon balance per board and we like that.

This Burton exclusive technology allows us to maximize pop and power by building over the board and then plugging it into a machine that incorporates the board for you. Whether you choose Springloaded, Rocker or Camber, you can be sure that your board with Infinite Ride™ will retain its flex, pop and feel from day one, season after season.

With the Hometown Hero X, Burton has achieved a really big hit. From Burton we know why they suddenly changed their mind and invested enormously in the product. The unfortunately already deceased owner himself, Jack Burton, had ordered a light splitboard for purely private reasons. So that he could pursue his hobby - with lightweight construction material.

Thanks Jack - for everything!