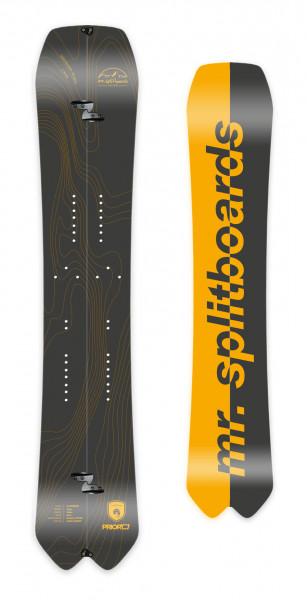 Exclusively for Splitboards Europe the lengths 163 and 166 are produced by PRIOR in Canada. The All Mountain boards have best edge hold, strong pop and fastest rubber. The unique use of a quad fiberglass top layer reduces vibration, preserves the medium flex and offers plenty of pop. The result is an extremely dynamic board that allows aggressive riding on piste and powder.

Scope of supply: complete with Voile Hooks and Spark Tip and Tail Clips

We have been developing and selling this successful shape since the 16/17 season. It is the first that Simon - mr.splitboards - had built exactly according to his specifications.
The first 2 years at Pathron in Poland

Since this season 19/20 in NEW and completely revised version of PRIOR in Canada. The time was ripe to perfect this shape with the noble forge PRIOR from Canada.

All further information under: EXPERT TIPP.

The design of all mr.splitboards shapes is part of the success and 20 year history of Simon and the splitboards. On the deck you can see the contour lines of the most beautiful mountain in the Montafon, the Valschavieler Maderer 2.769m. He is right on the doorstep of the Test and Camp Base www.huettle.at and is also called the King of the Montafon. After the 2nd attempt in 2008, Simon managed to climb this peak on the summer route and to ski on the splitboard on the ski touring routes.

At one of the numerous TEST sessions on the mountain with Team Splitboards Europe:

mr.splitboards shapes, are splitboards developed by Simon Graf, founder and owner of Splitboards Europe. Simon has well-known manufacturers produce what he and his customers like best. He takes his inspiration and ideas from 20 years of distribution of splitboards with big and small manufacturers. For these splitboards, existing shapes are modified or completely new shapes are created. The 2019/2020 season sees the launch of 3 models for the first time.

Our four-axis glass-carbon composite is a sewn fabric with fibers running in four directions +30, -30, -30, 0 and +90 degrees and two 6 cm wide, 10-times carbon stringers running from tip to tip. The quad glass is covered on each side with vertically laminated maple or aspen wood cores in combination with UHMW side walls, sintered bottom and nylon plates. This quadruple glass configuration provides a responsive, durable ride with excellent torsional stability. The additional Directionla fabric provides increased torsional stiffness compared to the triaxial fiberglass construction. 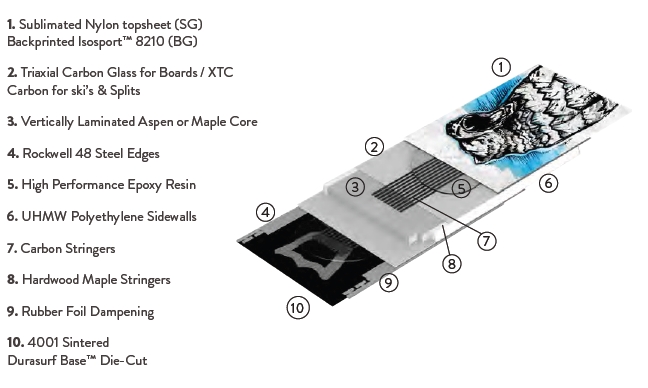 It all started with Pathron Splitboards. The contact to Pathron Splitboards was established through the participation of the snowboard manufacturer in our Climb the Mountain. Of course, we were more than sceptical about what was behind it. To save budget, the guys from Pathron only let their splitboards participate in the CTM and we took over the rental for the Testival. At our Splitboard Testival CTM every splitboard brand can participate and present itself that wants to. This open / liberal attitude is very important to us. Therefore you will also find products at the CTM which we do not sell.

We had already asked Pathron about the test splitboards in order to get a picture of these really cheap products. Unfortunately, this first delivery did not meet our expectations at all. If, for example, the clips were mounted incorrectly, there were no hooks on them ( not included ) and the splitboard itself was unusable. But: the processing itself was promising and made a very good impression. So you could guess that when the guys get the necessary input, they have what it takes to make it happen.

In the further dialogue we got to know each other and I was very positively impressed by the open and honest manner of the Pahtron boys from Poland. It quickly became clear that this company could produce well and technically cleanly, but in any case the necessary know-how in the splitboard segment was missing at the prices. Which also accounts for a considerable part of the costs. Other brands have their pro riders and large R&D teams that do nothing but test and "try".

Our participants of the winter 16/17 and 17/18 of the numerous test camps can confirm it:
We, Splitboards Europe and our participants, were the R&D team ( Research & Development ) for Pathron snowboards in the segment Splitboard.
It was a lot of fun for us to support this company and to offer a good splitboard to the market, so YOU.

mr.splitboards - Simon - produces his own shapes at PRIOR

Unfortunately Pathron had decided against a further production in Europe. Already the season 18/19 was very complicated, because the ordered splitboards were delivered much too late or not at all. Pathron is now going to Asia to produce, which was out of the question for me.

So I took my shape and other good ideas and turned to PRIOR in Canada. Together with the shaper Dom of PRIOR we have perfected the shape over the season and can proudly present a completely NEW series in 19/20.

The first samples were gestet during the season 18/19 parallel to my camps and the final shapes in May at the Stubai Glacier.

With the Splitboards Europe motorhome testing at the Stubai Glacier with Stephan. 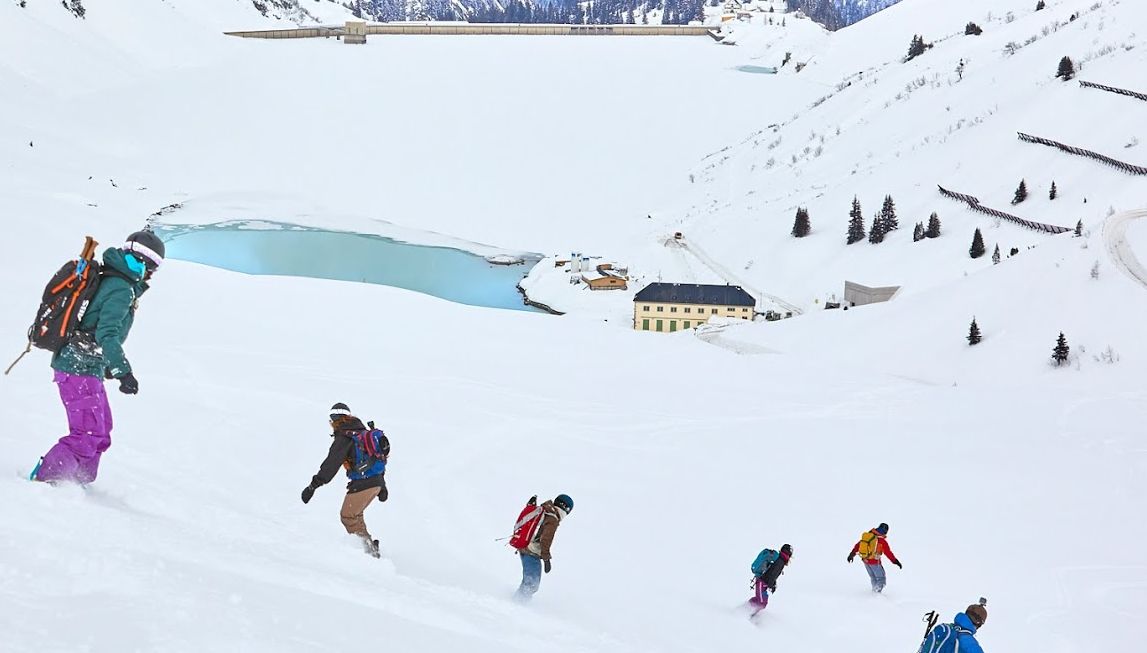