Peter Bauer, Bavarian born and bred, started snowboarding in 1984. Hooked from his second day riding, Peter progressed quickly and was soon competing. At the 1986 Austria Cup on the slopes of the Kitzsteinhorn a chance meeting with Jake Burton Carpenter changed the course of Peter’s life:

“Jake approached me and asked me where I’d got the Burton Cruiser I was riding from and whether I’d like to try a Safari prototype. Before I knew it I was wearing a Burton race suit and had a ticket to the US Open.”

During his career as a professional snowboarder Peter was German Champion 11 times, European Champion five times, World Champion four times and vice World Champion in the combined event (halfpipe, moguls, slalom and downhill) behind a certain Craig Kelly. Racing also allowed Peter to freeride all over the world: From first descents in Valdez and Atlin to impossible lines off the back of Chamonix, Peter was one of freeriding’s true pioneers.

No riding career is complete without video parts but few riders have been involved with such classics flics as the Blizzard of Ahhhs, Scream of Consciousness and Pachamama. 16 years at Burton also gave Peter the opportunity to learn his craft. Peter was heavily involved with developing and testing some of the most revolutionary snowboards of the late 80s and 90s and learned a lot from working with the best in the industry: “I learned a lot from Jake. He has a holistic approach to things; taking a step back and seeing things from a distance for a while and then getting closer again and making adjustments with a tiny screwdriver (metaphoric) to get the whole right.”

In 2002 Peter left Burton to pursue his own interests. Success with his own design consultancy and with Powderhausen, Europe’s first snow community, had given Peter a taste for entrepreneurship and he felt it was time to make a break. In 2005 Peter Bauer and a local friend Anian Thrainer founded Amplid, a ski and snowboard brand for the anti-apartheid era. To this day Amplid is the only brand to serve both skiers and snowboarders from day one. Amplid enabled Peter to experiment with shred designs, flex patterns and graphical concepts to his heart’s content.

With a flair for creating successful businesses it may have been surprising to some that Peter chose to go down the Snowboard brand route, a route not known for its capital rewards: “Amplid was never about the money, it was about getting our feet on shreds the market couldn’t provide. Anian and I wanted to ride our own boards and skis. Unfortunately the market is flooded with what sells easily, not what makes a rider’s day better. We started Amplid to be an exception.”

Although Amplid keeps Peter more than busy, 30 years after taking his first turns, Peter is still pulling ‘sickies’ on powder days and he religiously rides nearly every snow covered morning at the resort that lies at his doorstep. When asked what keeps him riding, Peter’s answer is typical of somebody who has caught the bug: “Actually I don‘t know. I’m still hooked like I was on day one. Nope, actually like day two, the day that you start to know that you love riding” 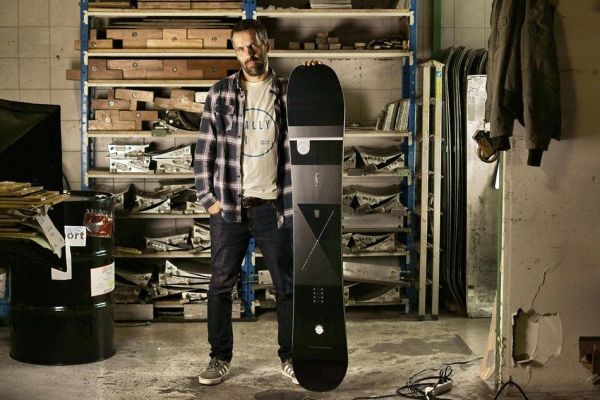 Filter
Close filters
No results were found for the filter!
NEW
SET %%
Splitboard Set Amplid 22/23
Save up to -20% in Splitboard Set %% incl. all services. Your personal splitboard set configurator - only available at Splitboards Europe. SET %% = 1x splitboard + 1x binding + 1x skin + optional accessories Select Splitboard Select...
€1,169.12 * €1,498.95 *
previously €1,169.12*
- 25
NEW
Amplid Milligram Splitboard
With the Milligram, Amplid has succeeded in creating a true game changer. Not only has it been proven that the weight of a splitboard can be dramatically reduced, but that this does not have to be at the expense of board feel,...
From €891.81 * €1,196.43 *
NEW
Amplid Freequencer Splitboard 22/23
The Freequencer was modeled after the infamous Milligram Split to appeal to a wider range of shredders. Although more affordable than the Milli, no sacrifices have been made: it's lightweight but can take a beating and keeps going, so...
€745.80 *
- 12
NEW
Amplid Millisurf Splitboard
The decision to fuse the Surfari’s floaty fish-tail geometry with the Milligram’s weightless construction was easy. Amplid’s highly evolved BBP core and carbon laminates strips so much weight that the Millisurf literally sprints up the...
From €1,049.37 * €1,196.43 *
NEW
Amplid Surf Shuttle Splitboard 22/23
Splitboarders who want a floaty shape and the surfy turning of a Millisurf, but care more about bombproof construction than shaving off every last microgram, will shred the backcountry with the new Surf Shuttle. The Surf Shuttle is built...
€934.87 *
NEW
Amplid Mahalo Women Splitboard 22/23
With a shape based on the women's specific freeride powerhouse, the Love Life, the all-new Mahalo is built. It's guaranteed to give splitboarding women the lightning-fast response and stability they need when surfing untracked peaks. The...
€818.28 *
NEW
Amplid Tour Operator Splitboard 22/23
Robust enough to withstand the stresses and strains of the backcountry year after year. This reliable workhorse is an indispensable tool for the committed mountaineer. Made from the most durable materials available. The Tour Operator...
€891.81 *
Viewed
We use cookies. Some of them are technically necessary
(for example for the shopping cart, Chat), others help us im-
prove our website and to offer you a better user experience.