The Ultracraft Splitboard is one of the lightest, most technically capable splitboards on the planet.

Despite it’s featherweight, the Ultracraft is rock solid on descent as the directional rocker nose delivers epic float while the stubby, stiff tail offers powerful board control. We’ve completely redesigned the Ultracraft Split’s shape and materials by adding a 3D Contour Base 3.0 and Fusion Carbon Construction. The 3D Contour Base makes every turn more effortless and the new construction blends a new wood core with multiple layers of carbon stringers to deliver our most damp and responsive Ultracraft Split yet. The Ultracraft Split also features the Boltless Bridge and Karakoram Ultra Clips plus Tip Lock Tip Clips for unmatched torsional board lock and Inner/Outer Traction Tech 3.0 for added edge grip going up or down. 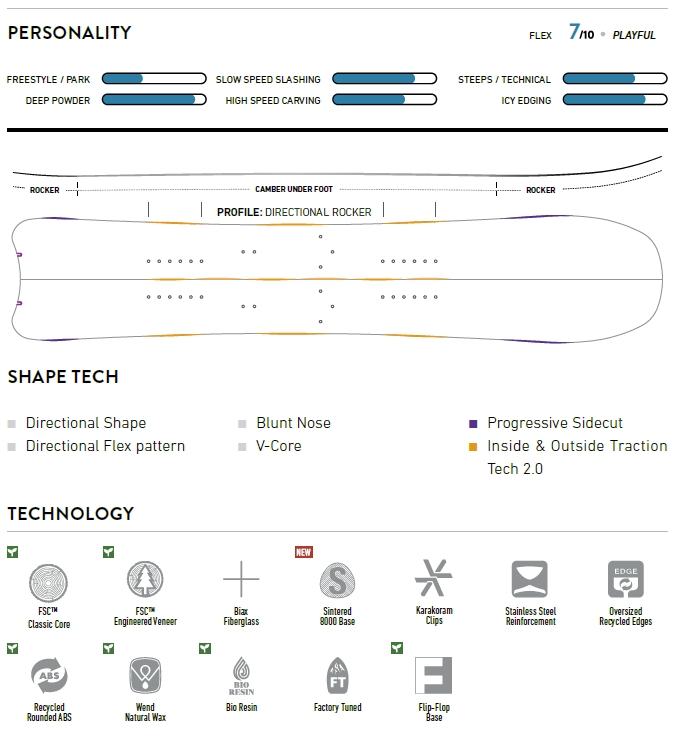 When a snowboard brand begins to build splitboards, it is a long way until then is built what really works and for all on the mountain. At first, only a few models are made and in mostly too short lengths. Because the view of the downhill prevails. Also with Jones was so, the first Solution was max.166 long. Over the years, however, one has learned. But what defies and remains like a rock in Bandung is the Hovercraft. It started with the rather tight 160cm and it just didn't get any longer - a statement to the downhill capabilities. And that's what makes it so special - if you value the unadulterated Hovercraft shape, you put up with it and it works well enough on the ascent. Jeremy Jones is and was one of the famous pro riders of our snowboard era. Even if he became known to one or the other only through his snowboard brand of the same name. His name stands for snowboarding through and through. He recognized the signs of the times and focused his brand on splitboards in time and expanded it every year. The Jones splitboards have an exciting development behind them. The production started in Tunisia. Currently they are produced by Niedecker/Switzerland which promises a decent quality. I think it's cool to stay true to a shape and make a conscious decision to do so - hovercraft splitboards are for hovercraft riders - simple. The Jones Pomoca skins, already cut to size, fit best with this.

It was only logical that Jeremy included this shape as the first in the new killer ULTRA series, where only the best and lightest materials are used. All Ultras have a handwritten serial number - so everything is said :-) 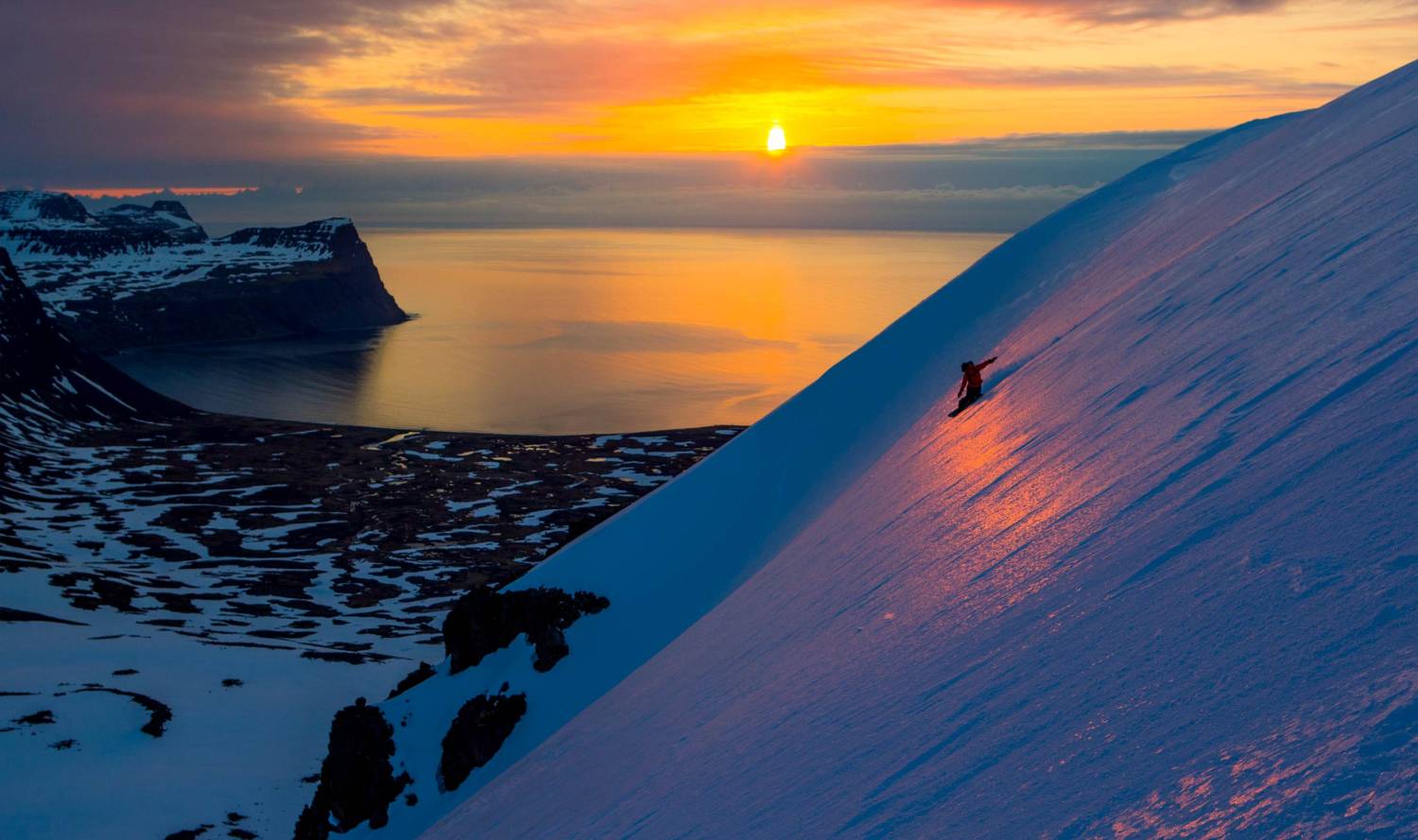 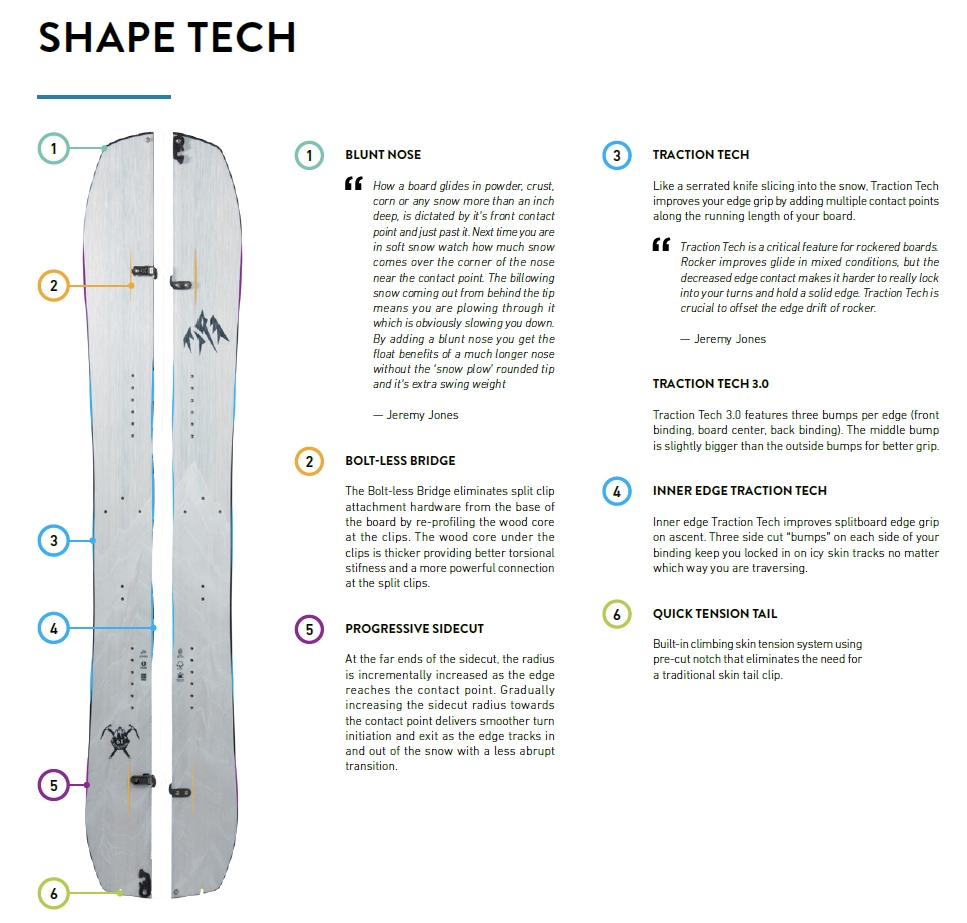