ETERLOU is a pure backcountry binding, comfortable, robust and precise without being too demanding. The anklestrap comfort and techniques allow to retain a certain reactivity while the asymmetrical spoilers offer traditional settings of snowboard. Lightweight and powerful, it will suit those looking for a fun binding in all types of mountain. Its design and elaborate finish make this binding a model of choice for riders who want to practice splitboard. 3 YEARS  WARRANTY 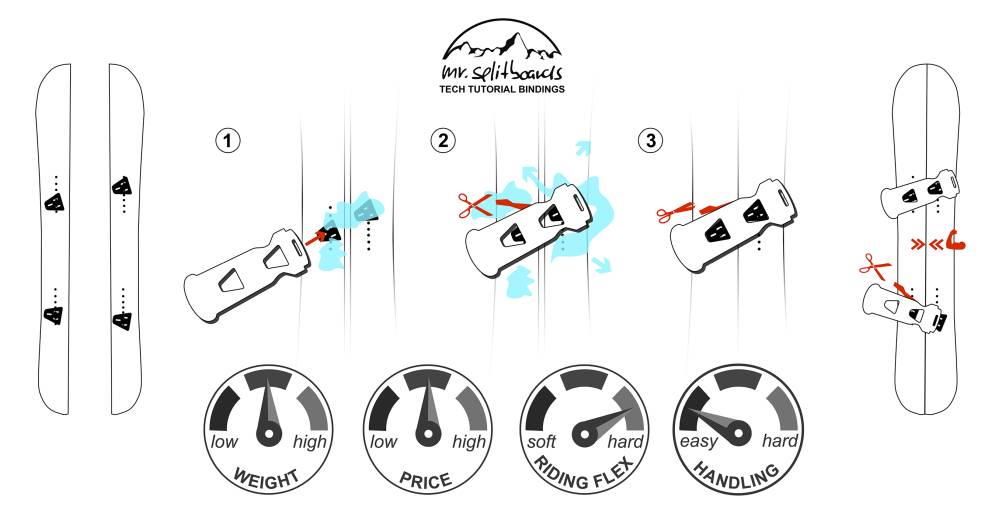 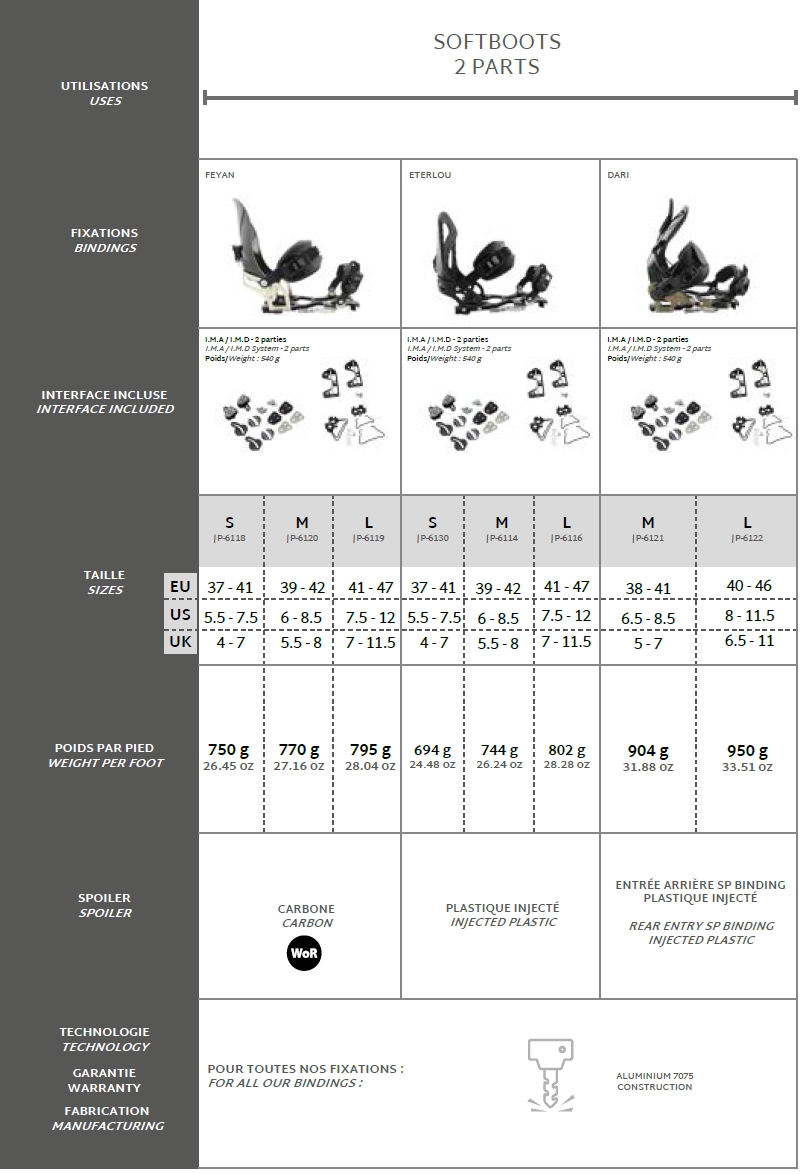 I've been going with splitboards for over 15 years now and therefore quickly recognize even small details in bindings - but at the beginning I was wrong about the Plum. When my partner Volker showed me the first pictures of the Plum System about 4-5 years ago, I was not particularly taken. On the contrary, what I saw was rather filigree and therefore rather susceptible. I should be mistaken.

Through Rossignol we became again attentive to the Plum principle and it is to be owed to the efficient Vertriebler Tobi that we accepted a test binding for the season 13/14. The first basic settings were still a bit complicated and the manual a bit poor at that time - but you could make a rhyme out of it. The first descents and the first rebuilding brought then the breakthrough. There are small things in sum which make the Plum principle so "round". The power transmission is very direct, the binding in the flex is rather hard and the boat is top of the range. All guides from our team have been going with the Plum for 2 winters now and we can only praise them despite the hard work (one season with me corresponds to about 5 - 10 winters in normal customer use). The conversion is simply more fluid, somewhat faster than a puck based and the mechanics works perfectly in all types of snow. In my opinion, the best mechanical binding on the market and a real alternative to all puck based bindings.

As always, it remains a matter of taste which binding is finally chosen.